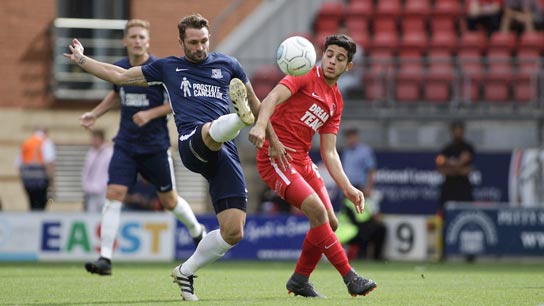 Leyton Orient vs Southend is a local derby.

The point at Salford City (1-1) is a positive one. A game between two teams that came hand-by-hand from the National League last year.

Leyton Orient avoided conceding a second goal in the first half, but they were much better in the second. That’s when they equalized with an own goal (87′). One win in the 6 most recent games (1-2-3). The assistant coach, Ross Empleton, speaks with the best words about the Cup, a sign that he is serious about it.

Team returns to the Cup for the first time after 2016.

Southend continued at the same bad pace, unable to show a competitive face. They lost at home 3-0 from Rochdale. Everything was judged in the first part when they conceded two goals in 35′ and 37′. The team had no way to react for the rest of the match and at 77′ they conceded the final third goal.

So a win can bring them out of danger zone. The one who can’t get out of the danger zone though, is Kevin Bond. He said he will not resign, but his departure seems to be a matter of hours. Bookmakers removed any bet about Bond’s dismissal as nothing seems to save him.

“I’m not thinking about my position right now but how the team will become better”, he said after defeating Rochdale.

Match News: Southend is now used to absences. Barratt (1/0) and Hopper (14/7) are out of the attack. Out of the midfield area are McLaughlin (2/0) and Kyprianou.