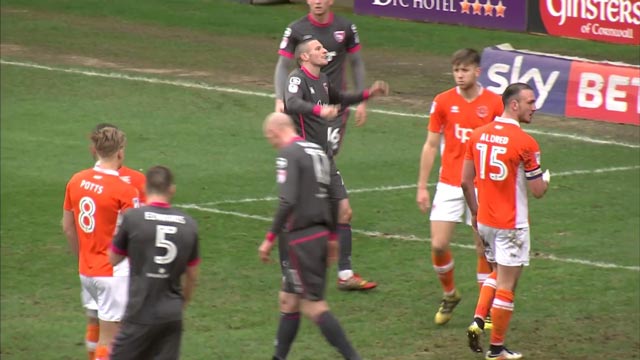 Blackpool vs Morecambe have seen over 2.5 goals in their last 3 meeting in all competitions.

Their home appearance against Portsmouth was positive, as they remaind at 1-1. Blackpool did not play well in the first half and their opponent was better. So in the 17th minute of the match he were left behind at the score. However, they had a reaction and in the second part they took the point of the draw.

Blackpool are one of the few teams that remain unbeaten in the season and stay close to the top of the standings. They show a very tough face and it is difficult to lose.

After along time they will give a match without much pressure, which does not mean that they will not give importance to the game.

Match News: From the start of the season goalkeeper Howard (32/0 last year) is out. Virtue is out for the midfielders (13/3 last year). Delfouneso (4/2) remains out of the attack.

They had a difficult afternoon at Swindon (3-1), conceding 3 goals in the first 21 minutes. Third consecutive defeat in all competitions. Their defense conceded a total of 10 goals in those games.

Today’s game will be the third consecutive away game and the fourth in the last five in 15 days. Last year in the League Trophy Morecambe had 3 defeats and were out from the group stage. They remain the 1st favorite to relegate. Most likely the coach will make a number of changes as they faces a difficult schedule in the league.

Blackpool vs Morecambe Bet Info: Morecambe lost their last 3 games in all competitions.