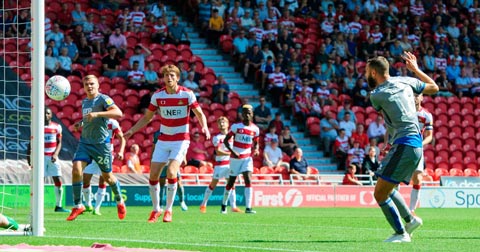 Doncaster vs Lincoln met ten days before where Doncaster won 2-1.

On August 24, they played their last game. They beat their current rival Lincoln and prevailed 2-1 for the championship.

Doncaster started the game very loud and in one of their first opportunities in the match they scored at 13 ‘. They received the equalizer in the 57th minute of the match, but in the final minutes they scored the second goal and cleared the match 2-1.

No any obligations for ten days. Doncaster had the chance to rest, but they slowed down after finding two consecutive wins in the league where they remain undefeated.

Darren Moore, from his own side, is demanding more and more of his players as he believes enough in them.

Match News: The defense has problems for Doncaster as Wright (14/2 last year) and Baptiste (2/0) are not counted.

Doncaster vs Lincoln Bet Info: 5 goal/goal in their last 6 games.

Lincoln City showed their familiar face against Fleetwood and came up relatively comfortable with a 2-0 home win.

After a very bad start, they left enoufh spaces for their opponent to create opportunities. It was the 34′ when the score opened. Theyr took advantage of the confusion that came to their opponent and a minute later found a second goal clearing the match for the final 2-0.

After three consecutive defeats in all competitions,they managed to return to success with Fleetwood in a very important game. Lincoln thus kept in touch with the top scorers.

There is alot of improvement shown in their match against Everton where theur had been excluded from the FA Cup and now the result is well worth it.

Match News: The absences are the same since the start of the season. These are midfielders Frecklington (27/3 last year) and Pett (44/3 last year).

Doncaster vs Lincoln Bet Info: They have scored 2-3 goals in their last seven appearances.