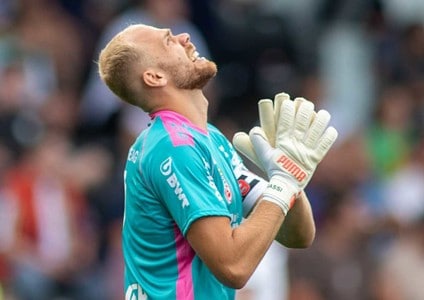 Vojvodina vs LASK will take place at Stadion Slana Bara.

They overcame the obstacle of the Lithuanian Panevezys in the previous round, reaching two victories with a score of 1-0. In the first match, Nemanja Covic’s goal in the 70th minute gave the lead to Novi Sad’s team, in view of a rematch. In the second match, Panevezys did everything to equalize the score of the first match, but they were extremely unlucky.

During the last phase of the match, center back Janusevskis sent the ball to the right crossbar from the contact and in the course of this chance, Vojvodina launched a counterattack which was ideally completed by Uros Kabic. The 17-year-old winger had come into the game a few minutes earlier and scored to Victor Golas to seal the qualification at 90 + 6 ‘. The start of the championship brought them face to face with Red Star (0-0) and Partizan (0-2). They welcome Vozdovac in the 3rd matchday. Bjekovic and Vukadinovic remain out.

They have started their season positively with a comfortable qualification to the Cup (6-0 to Marchfeld). They have also collected four points in the championship, which bring them to 3rd place in the standings. In the premiere, they defeated Altach away thanks to the goal of Philipp Wiesinger (36′), while they could have scored more goals. In the second match, they welcomed Rapid Vienna. They found themselves losing from the goal of Taxiarchis Fountas (8′), but equalized in the final 1-1 with Alexander Schmidt (79′).

This year’s European trip begins in Serbia, for the 3rd qualifying round of the Europa Conference League. Fourth place in last year’s championship gave them a ticket to the qualifiers of the newly formed event and the draw brought them face to face to Vojvodina. Last year they finished 3rd in the group stage of the Europa League, while in the 2019-20 season they reached the “16”. New injury for 23-year-old Marko Raguz (F). James Holland is reported as injured, but generally he is not counted for the squad.

The Serbs were quite lucky in both matches against Panevezys. The evolution of the couple could have been very different if the Lithuanians were a little more careful. Lask have started their year well. They did not lose to Rapid who wanted the victory at all costs. They want to secure the qualification from the first round. I believe they will win.