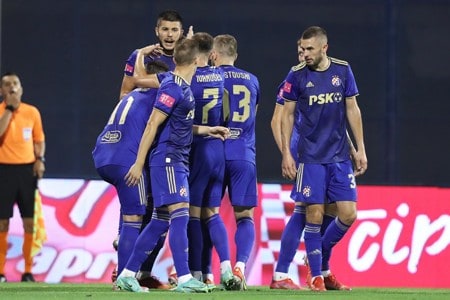 Amazing! This is the exact word for what we saw in the recent game of Zagreb against Rijeka (3-3). The man of the match, however, is clearly Issah Abass who scored twice and cut two very important points from Dinamo. Until that happened, however, Peric and Majer had twice given the lead to their team, with Drmic giving the lead once more to the guests (2-3) and all this happened in the first part!

The hosts entered the second half dynamically. They only managed to save the game from defeat in the 59th minute with Orsic. In Europe, Dinamo overcame the obstacle of Omonia, winning 1-0 away from home. They had also won 2-0 in Croatia. In the “GSP Stadium”, in the 64th minute, Dinamo Zagreb threatened for the first time, when Orsic moved behind the back of the defense, but Fabiano saved the goal.

While the Cypriots were pushing for a goal, the Croatians finished the qualification case with Menalo. He had passed in the match, 13 minutes earlier!

This year’s effort of Legia in both domestic and European cups is no different than the previous years: They want it all! Even if they started well in Europe and took the qualification against Flora Tallinn, within the borders they show instability. The first sign of that came with the loss of the Super Cup against Rakov. During the weekend, the first hard defaet came in the championship against Radom. Radecki’s amazing goal of the newcomers in the 47th minute opened the match. Legia responded immediately with Luquinhas but failed to score.

The whole team of Legia showed nervousness in the midfield. In the 67′ minute Mladenovic saw the red card, while about a quarter later the hosts doubled their goals with Angielski.

A minute later, Legia re-entered the match with Nawrocki and in the 84′ minute Radomiak were also left with ten players.

Legia’s hopes, however, disappeared in the 87′ with the dismissal of Josue and in the delays the hosts scored their last goal!

Both teams have significant European experience and tonight they will have to prove it. The tradition of the hosts, however, as well as the individual quality of their units make them a favorite. However Legia are strengthened and they take Champions League vesy seriously. I believe Dinamo will win the match anyway.