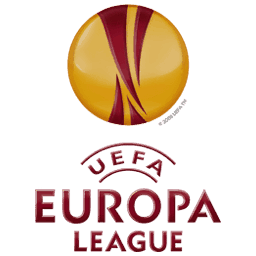 Tottenham news: When we try to find the best europa league predictions, we have to take under consideration that Mauricio Pochettino has nearly 22 players ready to           join the eleven when needed. Although the continuous rotation of the players has not helped them to find their rhythm. At London’s derby against Arsenal, they played very carefully.       They gave the ball to the opponent and tried to score with counterattacks. They took the lead after an opponent’s mistake in midfield (56′), but conceded a goal in 74′.

In the premiere of the Europa League, they remained scoreless against Partizan. This result was against the expected UEFA Europa League predictions, in a match that they had a shoot at the post. Generally they were not convincing. Pochettino made several changes at the match in Serbia. All those who played are considered for the start lineup. The same is expected to be done today.

Midfielder Chadli left the field due to an injury but he was put at the disposal of his coach. Rose (main left back) and Capoue (main defensive midfielder) are injured too and they will be checked. Walker remains out again.

This is a critical game for Tottenham because it can lead them to next round.

These are the most difficult europa league predictions.

Besiktas news: They were left behind early in the group with the draw 1-1 against Asteras Tripolis on “Olimpiyat Ataturk”. This match took place in rain. They lost the               volatile victory by conceding a goal in 88′. Until then, they were better than their opponents. In the last 15 minutes they underestimated the Arcadians, believing that the match             was over. Finally, they paid that.

In domestic SuperLig, Slaven Bilic’s team remains unbeaten after four games. The defense, which is critical for Europa League games today, made too many mistakes. In 28′ a goal was wrongly canceled as offside against them, a goal which they finally conceded in 72′.

“We didn’t deserved to win, we played a mediocre match. These things happen” the Croatian coach admitted.

Stopper Gulum recovered who stayed on the bench on Saturday. The only absent is the injured winger Pektemek. We should be aware of Besiktas’s absenses when trying to find the most accurate Europa League predictions.