Both teams to score: Detailed Guide and Strategy 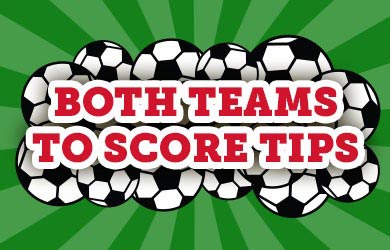 In this article we are going to focus on Both teams to score: Detailed Guide and ways to achieve profit. What is the meaning of BTTS?

Both teams to score or BTTS, as we have learned to call it in betting, is an option that is constantly gaining ground in the preferences of the betting players. This market is pretty clear, even for those who are now starting the online betting arena. Goal-Goal means that both teams will be able to score at least one goal in each other’s matches.

This simple explanation has given the impression that this is an easy market. At a glance we can see that in four of the top leagues in Europe (England, Spain, Germany, Italy) in the last five years, 51% of games confirm BTTS. This may lead to a wrong conclusion that the chances of winning are shared, but things are not exactly like that. The reality is that there are several factors and specific strategies that should determine your choices.

Both team to score tips

There are some parameters to keep in mind before choosing the strategy to bet on a BTTS. Below you will find the most important ones to improve your estimates.

At first glance it may seem contradictory, however, every experienced player knows that it is perfectly reasonable.

It is easier to see goals from both sides when opponents have quality and goals, than when the top league team plays against one of the latter.

This is because even when there is a favorite it is very likely that the underdog will score especially when they have a quality team. In contrast, this is more difficult when it comes to a low quality group.

Target on away favorites

One of the smartest strategic moves to bet on goal/goal. The strongest club, if it wants to win, it must score. On the other hand, the inferior teams score the vast majority of their goals when playing in their court, as they usually play defensively away from it. In front of their audience they approach the matches more aggressively, which has a positive effect on confirming the BTTS.

There are several teams that play with a clear offensive philosophy. This is because:

Two terms that are inextricably linked to the BTTS bet. In this market the history of the rivals in the league and the tradition of each other, have their own distinct role, which you must watch out before betting.

What has each team done so far in the league? Do they score and concede goals easily or do they have a different pattern at home and away? What has happened in recent years in the games between the two teams? Did they score enough goals? Did both opponents scored or did one of them fail to score?

Both teams to score: Detailed Guide and Stats

If history and tradition are the “compass” in BTTS, then we can safely say that statistics are their “map”.

In the table above we see the BTTS verification rates in the top four leagues in Europe as well as in the Champions & Europa League.

Careful analysis of the statistics alone leads to the following useful conclusions:

Sometimes it is preferable to bet on BTTS rather than over, especially in cases where both teams have quality and capable scorers, but the match is crucial and teams may not be too risky. Another factor that is crucial in Both teams to score: Detailed Guide is odds. There are often times when over 2.5 pays lower than BTTS, especially in a match where a clear favorite is competing at home. So read carefully the news and conditions of the match and if you think the underdog can threaten the favorite, then it is certain that BTTS will pay you at a pretty good price.

Speaking of betting, myths, prejudices or even superstitions of course could not be missed. So there are two betting myths in the BTTS.

“The two approaches below are based on beliefs rather than clear statistics.”

Can the starting time of the match affect the BTTS bet? Looking at the statistics of the world premier league, the English Premier League, we see that statistics are different depending on when the games start. The BTTS percentage at 17:00 (which is the main menu of the match) is quite high. On the contrary, in early afternoon games the rates are lower. This has led to the assertion that players find it difficult to score because they are not fully concentrated, physically and mentally at the moment.

Optimism and faith in the series

Generally, many players bet on form, faith in the series and excitement. They believe that if a team comes from a 5 or 6 BTTS series, it will continue until the end of the season. In addition, the action in an open match can give the impression that a goal is just a matter of time. This excitement leads many players to the wrong bets in BTTS in the belief that finally the game will justify them.

Both teams to score: Detailed Guide and Alternatives.

So such a popular market has sub-categories which have also become very popular.

No goal: One of the classic questions of players is “how to play no goal“. The simple question, the simpler the answer. No goal refers to the possibility of scoring only one of the two teams, or none of them. In this case it applies everything we have analyzed above. Form, statistics, tradition, series, favorite, conditions of the match (football ground condition, double match rematch), the importance of the match play their part.

BTTS and match result or BTTS & over. Do you believe a favorite is very strong and will easily win the match, but odds are low? It may be worth looking at it to bet together with BTTS if you think the game will be open and the underdog will be able to score at least one goal. With similar reasoning you can select BTTS and over 2.5 if you expect an open game, with many scoring chances and fast pace on either side.