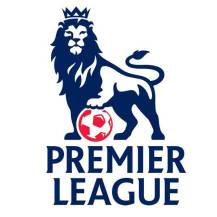 Chelsea presently leads the Premier League with 29 points will host West Brom. On the other hand, West Brom have 13 points and away far from Chelsea. West Brom fights every match when it matters most. Nevertheless, experts predict that the match will be in favor of the blues 3-1. With another storm from Everton vs. West Ham on the 22nd, November same day with the Chelsea match, a surprise will come up.

Everton is presently occupying 10th position in the English Premier League latest table with 14 points. West Ham may not be found on the high list, but sports enthusiasts have mentioned that the fight will be strong. Even while Everton will host West Ham at Goodison Park, a surprise may still be noticed in the match. However, the fight ended in favor of Everton winning slightly at 2-1.

Leicester vs Sunderland and more

Leicester vs. Sunderland is another shock on the 22nd, November, 2014. While Leicester is about to move to the relegation level in the league, hopes may still be found if they win the match again Sunderland. Sunderland is known for humiliating big teams, but with the annoyance of Leicester moving away from the prominent part of the FA Premier League table, new scores may still be noticed. Nevertheless, the match ended a draw. Man City vs Swansea is going to be the clash of the titans.

Without much deliberation, Man City is just three points above Swansea and this bet will be an outstanding one of the season. Swansea started well this season without giving up the fight. A win from Man City will get them back on with the Premier League. Nevertheless, the match held in Etihad Stadium will finally end in a 2-2 draw.

Newcastle will host QPR, but this should be with care. QPR is always known to fight strong when it comes to issues concerning the big horns. However, experts mention that the war will still favor Newcastle slight with a 2-1 win.

Right in Britannia Stadium on the 22nd, November a scroll will start with one great team that is about to relegate with another strong-looking club called Stoke. Even while Stoke hosts the fight, Burnley will not come there for a joke says the football experts.

Stoke is just beneath Newcastle and above Everton while Burnley is least on the Premier League table 2015. It will  be another hot game that many calls indecisive one. Above all odds, the match expected by the experts to end in favor of Stoke 2-1.

If there is a match not to miss on the 22nd, November 2014, Arsenal vs. Man Utd should be the catch. Just a point difference is the main scroll to be settled. With Arsenal looking belligerent to host Man Utd, this time, it will be a big fight.

Even Man Utd experience several issues this season, experts claim that the match will end up a 2-2 draw. This is simply because Man Utd will want to claim an opportunity to stand out while Arsenal will fight back. However, this will keep the match at an equal pace ending 2-2.

The battle for the Premier League continues…

Sunday, 23rd, November 2014, another great fight will start by a match that was formerly scheduled for 22nd. In Selhurst Park, Crystal Palace vs. Liverpool will be another great feeling for the fans. With Liverpool ahead of Palace five points, it will not be easy as well. From ramifications of surveys, the experts mention that Palace will claim their three points with a 2-1 win.

Liverpool still on the brag mention that the worst will be a draw. If Palace can take up their lead in the first 45 minutes of the match, then peradventure that the scores end up as predicted. Still, on the same day, Hull will be hosting Spurs at The KC Stadium.

Spurs with a great dream to reign, but Hull supporters claim the fight settled amicably. Amicably in the sense that Hull will claim their victory over the strong Spurs. However, match experts expect a draw for the Hull vs. Spurs game.

On the 24th, November, 2014, Aston Villa vs. Southampton is another exciting match to watch out for. The match will start on 24nd, November.

Southampton is a great team to watch out for in the Premier League this season. This is a fire-for-fire team with promising outcome of their matches. With all clamors about Aston Villa good attackers, match experts claim they will finally end up with a 2-2 draw.

So, what are the final Premier League predictions 2020?

The deal about the Premier League this season is really great. Excitement has been the order of the day because several teams showed up different looks and Barclays Premier League picks are not easy. It is no longer an affair of the big horns as any team could defeat its counterpart cheaply.

Nevertheless, Chelsea, Southampton, Man City and West Ham occupied the first four positions clearly. There are several matches ahead before anyone can claim supremacy over other teams. If things continue to remain this way, it is clear that Chelsea may emerge the champions.

What are the Premier League predictions 2020?

Liverpool is in great form and is the great favorite for the title.

Which teams will be in the top 4 of Premier League table?

Liverpool, Manchester City, Manchester United and Arsenal are our selections for the top four positions.

Which teams are going to be relegated?

Watford, Wolves and Newcastle are the biggest favorites for relegation.