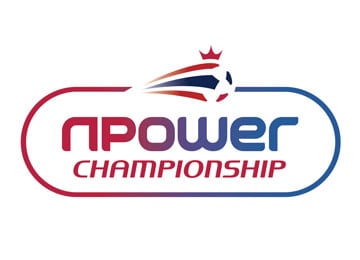 The English Championship is the second tier of football in the country. Features the teams fighting it out for a place in the Premiership. The top two at the end of the season earn automatic promotion. The four teams below them enter the end of season play-offs. The winner of this also takes place in the Premiership the following year. The competitive nature of the league makes it one of the most exciting in English football. The NPower Championship predictions for promotion usually includes a number of teams. This is no different for 2014-15.

Derby County has been improving in recent times under the guidance of former England manager, Steve McClaren. They should be competing for the title. Their early season form has shown this to be the case and they are one of the clubs leading. Middlesbrough made some decent summer signings, including the capture of Kike from Real Murcia and they have also enjoyed a bright start to the season that should see them challenging for the top spot.

Other teams that are likely to be in the hunt for a top two place at the end of the season include Bournemouth, who just missed out on a play off spot last year, and Ipswich, who have experienced manager Mick McCarthy at the helm. Of the teams relegated to the Championship last season, Norwich seem best equipped to make a challenge for a top two spot. The signing of striker Lewis Grabban could get them the goals to fire them back up.

Fulham also relegated last year. Their big money signing of Ross McCormack was a sign of their ambitions to get back to the top straight away. However, their start to the season has been indifferent and they already sit well off the pace. They should challenge for a play off spot though. A Championship prediction for other teams expected to be in the hunt for English Championship playoffs spots is that this will include Watford, Cardiff City, and Wolverhampton Wanderers.

Who will leave the English Championship?

In addition, at the bottom of the Football League Championship table, the odds on Championship predictions is that Blackpool will be bottom at the end of the season. Early season form bears this out and they already fell to the foot of the English Championship table. They will likely only fall further behind the other teams, with relegation the outcome to their season. Three teams in all are also relegated from the English Championship and clubs likely to be fighting to avoid this include Birmingham City, Rotherham United, Millwall, and Huddersfield Town. The other two relegation spots are likely to be filled by two of these four teams.

English Championship: The most interesting league

The chance to claim a lucrative spot in the Premiership makes the Championship an exciting league and the 2014-15 season is shaping up to be another great season. The top of the table will be closely contested, with some great games in prospect for supporters to enjoy.