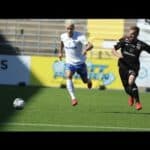 They responded in the best way to the two continuous defeats by Hacken and Hammarby. Norrkoeping passed victoriously 2-1 from the headquarters of Gotebοrg. After the first minutes, Rikard Norling’s team took the ball possession of the game and from the 15th minute until the end of the first half, they dominated and scored two goals with Viktor Agardius and Carl Bjork in the 20th and 34th respectively.
By the beginning of the second half (56′) they conceded the goal with a header on the back post. During the rest of the match they needed the favor of luck, since the hosts had a crossbar. Key defender Viktor Agardius is penalized due to a card. Experienced striker Christoffer Nyman is doubtful becuase he is suffering from an injury.

Henrik Rydstrom’s team put a brake on their bad course, as after three consecutive defeats and four games away from the “three points”, they returned to the victorious results with the home win 1-0 against Mjallby. Both teams had one half, with the hosts dominating the first. Unfortunately they did not took advantage of it until the beginning of the second, when Oliver Berg took advantage of Ring’s assist and scored 1-0 at 51′.
Then Kalmar stepped back and left the initiative of the moves to the guests. However Kalmar did not risk too much, since Mjallby had only one chance until the end of the match. Substitute defender Emin Nouri is booked because of cards.

Only 3 points separate the two teams in Allsvenskan, which come from victories. Norrkoeping at home are quite strong, although they do not score very easily. However, defensively they go well. Something similar applies to Kalmar’s away performance, which goes to low score games. A draw at half time is possible. Also an Under 2.5 goals has very good possibility to come true. 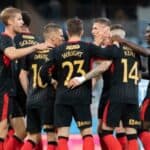 Rangers vs Malmo will take place at Ibrox Stadium.

After the 2-1 defeat in Sweden by Malmo, there was another defeat in the championship, with 1-0 by Dundee United. It was Rangers’s first defeat in the league since March 2020. The two consecutive defeats brought concern. Rangers had the ball possession, but not clear chances, they seemed trapped in the first half and were surprised in the second, when Robson scored in the 64th minute the goal that judged the game.

They continued to have the ball possession. A shot from Tavernier outside the area – which was spectacularly repulsed by the home side goalkeeper – and a header from Goldson that went just wide were the best chances they had to show. “I do not think we deserved to lose, but that happens when you can not make clear chances. We do not have time to cry. A huge game awaits us” said Gerrard about his team’s first defeat in the league after 41 matches.

Four days after the 2-1 victory over Rangers, they drew 0-0 at the headquarters of Halmstad. Malmo remained at the top, but now they are equal to Djurgaarden. In the match against Halmstad, they lost a chance in the 15th minute with Beijmo. The hosts then tried to threaten but without making any big chance. Malmo chased the victory after 60′. They had chances in 62′ with Christiansen and Colak in 64′. Malmo could have won with Berget’s head in 85′ but Halmstad’s goalkeeper repulsed impressively.

John Dal Thomason was caustic at the pre-match press conference against Rangers. When journalists asked him which team will have the pressure, his team who won the match, or Rangers who will play in front of their funs, he answered. “They need the money, don’t they?” referring to the hosts. He anointed Rangers as favorite.

Ibrox – the stadium is expected to be full – gives Rangers the lead. Odds for Rangers win remain small and underestimate the Swedish team. Malmo counts 14 championship matches, they are in full form and this was obvious in the first match as well. The rematch looks tight. It will be difficult to have more than 2 goals, so under 2.5 goals seems like a good choice. 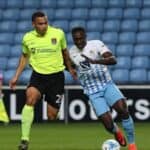 Coventry vs Northampton will take place at

On their return to Coventry Building Social Arena after a two-year absence, they beat Nottingham Forest 2-1. In 36′ Coventry were left behind with 0-1, but with a counterattack in the last minutes of the game, they scored 2 goals (81′ and 96′) and overturned their situation to their detriment. Although the winning goal was scored in 96′, Coventry could have won with less stress… In the League Cup, in the last 2 seasons they qualified from the first to the second round. About the game, Liam Kelly (captain) and Matthew Godden (forward) are extremely doubtful (they have few chances to be in the squad).

It is one of the teams that was relegated this year from League One to League Two. Definitely their goal and main purpose is the immediate return to League One. In their premiere, Northampton won Port Vale 1-0 at home and celebrated their first victory of the season. Although they were not good enough in the match, in the 23rd minute they scored the only goal that gave them the 3 points. At 55′ they were left with a player more due to the dismissal of an opponent. In the League Cup, in 5 away games there have no victory in 90 minutes (0-2-3). About tonight’s match, Sowerby and Harriman are given doubtful due to injury problems. Hoskins, on the other hand, was included in tonight’s squad.

These 2 groups play into 2 different categories. Coventry of the Championship, if they appear serious and disciplined, they are the favorite to get the victory-qualification against Northampton, from League Two. We will bet for a Coventry win. 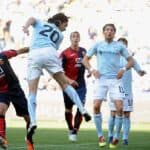 Lazio vs Venezia will take place at Olimpico stadium.

They traveled to Sardinia to face Cagliari and managed to make one of their best appearances this year. Convincing, balanced and effective, they made it 1-0 in the 19th minute with a penalty kick. They essentially ended the game with 2-0 with Luis Alberto in 42 ‘.

Lazio were little threatened, with Felipe Anderson scoring 3-0 in 62 ‘. Maurizio Sarri’s team reacted immediately after the defeat by Napoli on the exhale. In the 2nd round they are the team with the best defense and the improvement process is going well.

Marusic was sent off in the last match. Cataldi is also off due to an injury for a long time. Lazzari is fully fit and will be back in the starting lineup.

They met Sassuolo and searched for the positive result at all costs in order to revive their chances of salvation from relegation. Finally, the only thing they managed was to fall to 3 penalties and conced 4 goals. Before the 30 minute of the match the score was already 3-0. Venezia scored in the 34′ with Henry but the next goal against them came quickly.

Venezia got just one point after the last 3 games. It is obvious that they have to fight hard to avoid relegation. The team does not show any sign of improvement.

The leading striker Aramu is out. Quality midfielder Cuisance is out due to injury.

Lazio could fight for the title if they had to play just once per week. Their roster is good when we talk about 12 or 13 playes. They have finished from their European matches. Lazio scores easily at home while Venezia cannot defend efficiently. This match can easily end with more than 3 goals.