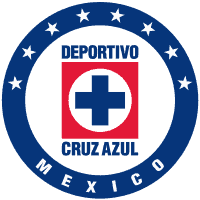 The team was originally based in the town of Jasso (now part of the “city cooperative” Ciudad Cooperativa Cruz Azul), south of Tula de Allende in the state of Hidalgo. The team moved to Mexico City in 1971 to play at the Estadio Azteca. Its current home venue is the Estadio Azul, located in the southwestern part of Mexico City in the Colonia Ciudad de los Deportes, adjacent the Nápoles neighborhood. Its headquarters are in La Noria, a suburb within Xochimilco in the southern part of Mexico City. Cruz Azul will return to the Estadio Azteca in 2018[2].

Cruz Azul has been the Primera División champions 8 times, trailing Toluca‘s 10, C.D. Guadalajara‘s and Club América‘s 12. Cruz Azul’s six titles makes it the second most successful club in the history of the CONCACAF Champions League, the most prestigious international club competition in North American football, trailing Mexico City rivals, Club America. Cruz Azul was also the first CONCACAF team to reach the final of the Copa Libertadores, the most prestigious club competition in South American football (which has invited top Liga MX clubs since 1998), losing on penalties to Argentine football giants Boca Juniors in 2001. In the 1968–69 season, Cruz Azul became the first CONCACAF club (and fifth worldwide club) to complete a rare Continental Treble, winning the Mexican Primera División championship, the Copa México national tournament, and the CONCACAF Champions League.

The International Federation of Football History & Statistics, in its Club World Ranking for year ending December 31, 2014, places Cruz Azul as the 99th best club in the world and the 3rd best club in CONCACAF.[3] According to several polls published, Cruz Azul is the third most popular team in Mexico, behind only C.D. Guadalajara and Club América.[4]

Cruz Azul was founded under the name of Club Deportivo Cruz Azul as an amateur team on 22 March 1927. The founders were the workers of cement maker Cemento Cruz Azul; the team played in the town of Jasso (now part of the “city cooperative” Ciudad Cooperativa Cruz Azul) in the state of Hidalgo. Cemento Cruz Azul was the only official sponsor until 1997, and remains a primary sponsor through present day. Guillermo Álvarez Marcia and Carlos Garcés were the main force behind the effort to organize the club, and the quick success of the team led to frequently representing the state of Hidalgo in national amateur tournaments.

From 1927 to 1960, the amateur team played many times in Mexico City against the reserve squads of established professional teams such as América, Necaxa, Atlante F.C., Asturias F.C. and Club Deportivo Marte. Cemento Cruz Azul changed its name to “Cooperativa Cruz Azul”, and in 1960 the consistent success of the team caused the new administration of the cement company to build the Estadio 10 de Diciembre in Jasso. The team entered professional competition in the Segunda División de México for the 1960–61 season.

Between 1970–1980, Cruz Azul led the Primera División with six league tournament championships; four under Cárdenas and the last two under Ignacio Trelles. This powerful version of the team earned the nickname La Máquina Celeste (The Celestial Machine), which continues as one of the unofficial nicknames of the team.

The team earned its eighth and most recent championship in 1997 under coach Luis Fernando Tena, beating León 2–1 on a last minute penalty kick scored by Carlos Hermosillo. This is still (2015) the quickest that a Primera División club has won eight championships, achieving the feat within 33 years of entering the Primera División.

Cruz Azul televised matches for several years were on ESPN Dos in Mexico (Azteca America in the United States), but in the fall of 2013 they moved to Televisa in Mexico (Univision in the U.S.).[citation needed]