City will play against Real Madrid in the Champions League semi-finals.

That means Manchester City could face incoming manager Pep Guardiola in the final. Bayern were drawn against Atletico in the other match for the Champions League semi-finals.

“It is a difficult draw,” said ex Real Madrid coach Pellegrini. “It doesn’t matter which team we played. The chances seems to be similar.”

“I always like to play the second match at our stadium but that is not the most significant thing.”

The notable final game will take place at San Siro Stadium on the 28th of May 2016. 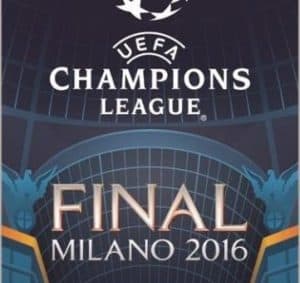 Pellegrini was head coach at Real Madrid from 2009 to 2010. During that period Cristiano Ronaldo was transferred from Manchester United for £80m. Xabi Alonso and Karim Benzema also signed during this period.

However, Pellegrini left after only one season. Mourinho took his place at the bench. This was a result of the early elimination from the Champions League and the loss of the domestic title in Spain from Barcelona.

The ex United’s striker, Ronaldo, is the leading scorer in this year’s Champions League. He has scored 16 goals.

Ronaldo is also Champions League’s all-time record goalscorer, with 93 in 125 matches. He scored a hat-trick as Real overturned a 2-0 defeat against Wolfsburg in the quarter-finals.

What happens if City and Liverpool become European champions in 2016?

Friday’s draw means that there is also a possibility of a repeat of 2014 final between Real and Atletico Madrid. That was when Real scored three times in extra-time to win their city rivals.

Atletico reached the last four by winning last champions, Barcelona, in the quarter-finals.

Bayern, top of the Bundesliga table, have won the biggest European title five times but their last success was in 2013.

This draw means that four Spanish clubs could contest both the Champions League and Europa League finals after Sevilla and Villarreal lost in the Europa League semi-finals.

Real Madrid’s coach Zinedine Zidane has dismissed suggestions from the Spanish media that facing Manchester City represents another good draw for his side after they avoided Atletico and Bayern Munich.

The 10-time European champions knocked out Roma in the last 16, before beating Wolfsburg with difficulty – currently eighth in the German Bundesliga – to be in the semi finals.

“I don’t agree that our knockout ties are always the easiest,” was Zidane words. “You’ve already seen us losing 2-0 in the first leg against Wolfsburg. So I don’t want to hear this. Everyone we’ve faced so far has been strong: Roma, Wolfsburg and Manchester City. It will be a very difficult round. The only positive thing is that we play the second leg at home. I’m certain that it will be a real battle.” 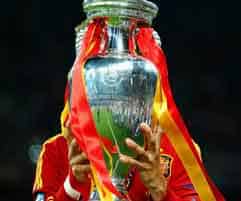 Guardiola and Simeone is possible to meet in Champions League semi-finals.

Teams play at Atletico’s stadium on 27 April. The return match will take place at the Allianz Arena on 3 of May.

“I know the Spanish league very well and that Atletico is very strong team,” said Guardiola.

“They know exactly what they have to do. It is always too difficult to play against them. We need 90 minutes of full concentration.”

“Diego Simeone is one of the best coaches in the world. He changed the club. Atletico have reached a new level over the last five years.”

One thing is for sure: We gonna see very quality Champions League semi-finals.